Auditions for Measure for Measure in Barracks Square and A Midsummer Night’s Dream in Odell Park, April 28-29

Open auditions will be held for the Bard in the Barracks productions of William Shakespeare’s Measure for Measure, directed by John Ball, and A Midsummer Night’s Dream, directed by Len Falkenstein, on April 28th and 29th at Memorial Hall on the UNB campus. The plays will be performed outdoors (in Barracks Square and Odell Park respectively) and will collectively run from June 21-July 7, with exact performance dates for each play still to be determined. The plays will be rehearsed intensively (mainly evening hours) beginning the week of May 5.

Roles are available for actors of a variety of ages. Auditions will take place from 2:00-4:30 PM on Sunday, April 28 and from 7:30-10 PM on Monday, April 29, with callbacks the evenings of May 2nd/3rd. Those auditioning are encouraged to familiarize themselves with the plays beforehand. Auditions will consist of readings from the plays. Prepared monologues may also be performed, but are not required.

To book an audition, please email jball@unb.ca indicating your availability for the audition dates and any preference for date/time. Actors may be cast in one or both plays (if willing) at the discretion of the directors, but may indicate a preference of play (if any) when booking their audition.

Anyone interested in auditioning who is unable to attend either of the audition dates, or anyone requesting further information, can email lfalken@unb.ca or call 506 458-7406. Expressions of interest from persons who would like to assist with the productions in a musical or technical/crew capacity are also welcome. All members of the company will receive honorariums for their work on the productions.

Bard in the Barracks to stage A Midsummer Night’s Dream and Measure for Measure in 2019!

Our 2019 season will feature new productions of two contrasting comedies: Shakespeare’s most magical and dreamy romantic comedy; and a gritty, urban play that is very much of our time. 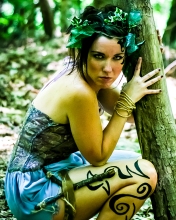 Ten years after Bard in the Barracks first staged a show at Odell Park, we’ll return to the play we performed that year, the perennially popular A Midsummer Night’s Dream, in a promenade-style production directed by Len Falkenstein. As four young Athenians take to the woods with romantic designs on (or against) each other, the resident fairies start to mess with their desires and spark a deliriously spirited comedy of confused passions and shifting allegiances. When a group of “rude mechanicals” decides to rehearse a play in the same forest, the opportunities for transformation – and just plain embarrassment – proliferate. There is no play more suited to a night in the woods than this hilarious romp that’s about, well, a night in the woods! 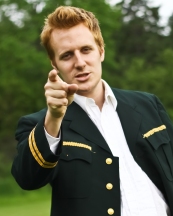 This summer’s second play will be Measure for Measure, one of Shakespeare’s “problem plays,” to be performed in Barracks Square and directed by John Ball. Set in a Vienna whose absentee Duke has been lax at enforcing the laws regulating sex, this tragicomedy puts a strict deputy on a collision course with his own desires when a young nun pleads with him for her brother’s life. As he unexpectedly falls for her and makes a scandalous proposition, she calls him out and precipitates a crisis that the Duke in disguise sets out to resolve. If Shakespeare has a #MeToo play, this is it: sexual coercion, abuse of power, and the limits of justice and mercy are just some of the 21st-century themes explored by this 415-year-old play.

Together, A Midsummer Night’s Dream and Measure for Measure will run from June 21-July 7. Full details regarding performances and tickets will be announced in May, and news about auditions will be coming very soon, right here! 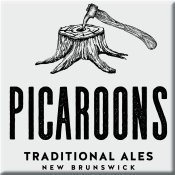