Open auditions will be held for the Bard in the Barracks production of William Shakespeare’s The Tempest on May 2nd and 3rd at Memorial Hall on the UNB campus.

The Tempest, the eighth annual production of Bard in the Barracks, will be performed outdoors (previous Bard productions have taken place in Odell Park and Barracks Square, downtown Fredericton). The play will run June 26-July 7, directed by Len Falkenstein. The production will be rehearsed intensively (mainly evening hours) beginning the week of May 12.

Auditions are open to the public and roles are available for male and female actors of a variety of ages. Auditions will take place from 7:30-10:00 PM Thursday, May 2 and Friday, May 3, with callbacks from 7:30-10:30 on Sunday, May 5.
Those auditioning are strongly encouraged to familiarize themselves with the play beforehand. Auditions will consist of readings from the play. 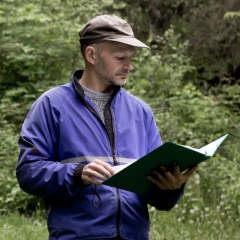 Appointments are not necessary, but those attending should arrive by early in the evening and be prepared to be on hand for most of the evening, depending on turnout. Training in any of music, dance, or circus skills would be considered an asset for the production.

Anyone interested in auditioning who is unable to attend on these dates, or anyone requesting further information, should contact the director at lfalken@unb.ca or 458-7406. Expressions of interest from persons who would like to assist with the technical demands of the production (stage management, wardrobe, set, publicity) are also welcome.